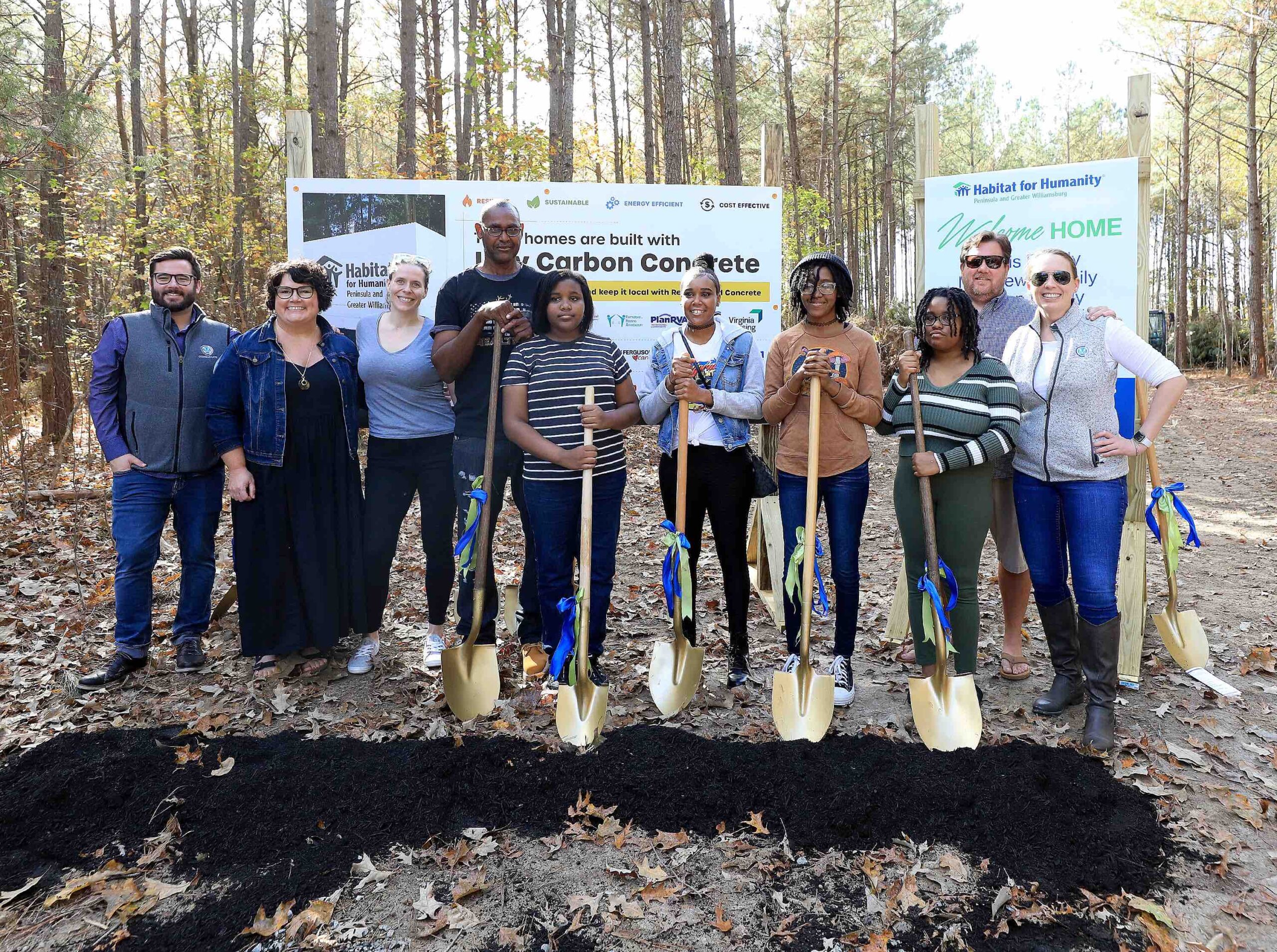 If you have been following along, you may know that Consociate Media is partnering with fellow small businesses to raise the $125,000 needed to build a Habitat for Humanity Peninsula and Greater Williamsburg house for a family to BUY and make it a home. Dubbed the House That Small Business Built, this project aims to showcase how small businesses, when they come together, can do so much for the community – and truly make an impact. Earlier this month, Habitat broke ground on this home, and the Consociate Media team met the family who will move in, hopefully in the summer 2023. Below please meet the family thanks to a republished blog post by Habitat for Humanity Peninsula and Greater Williamsburg.

If this story moves you to give, please go here and support this effort! 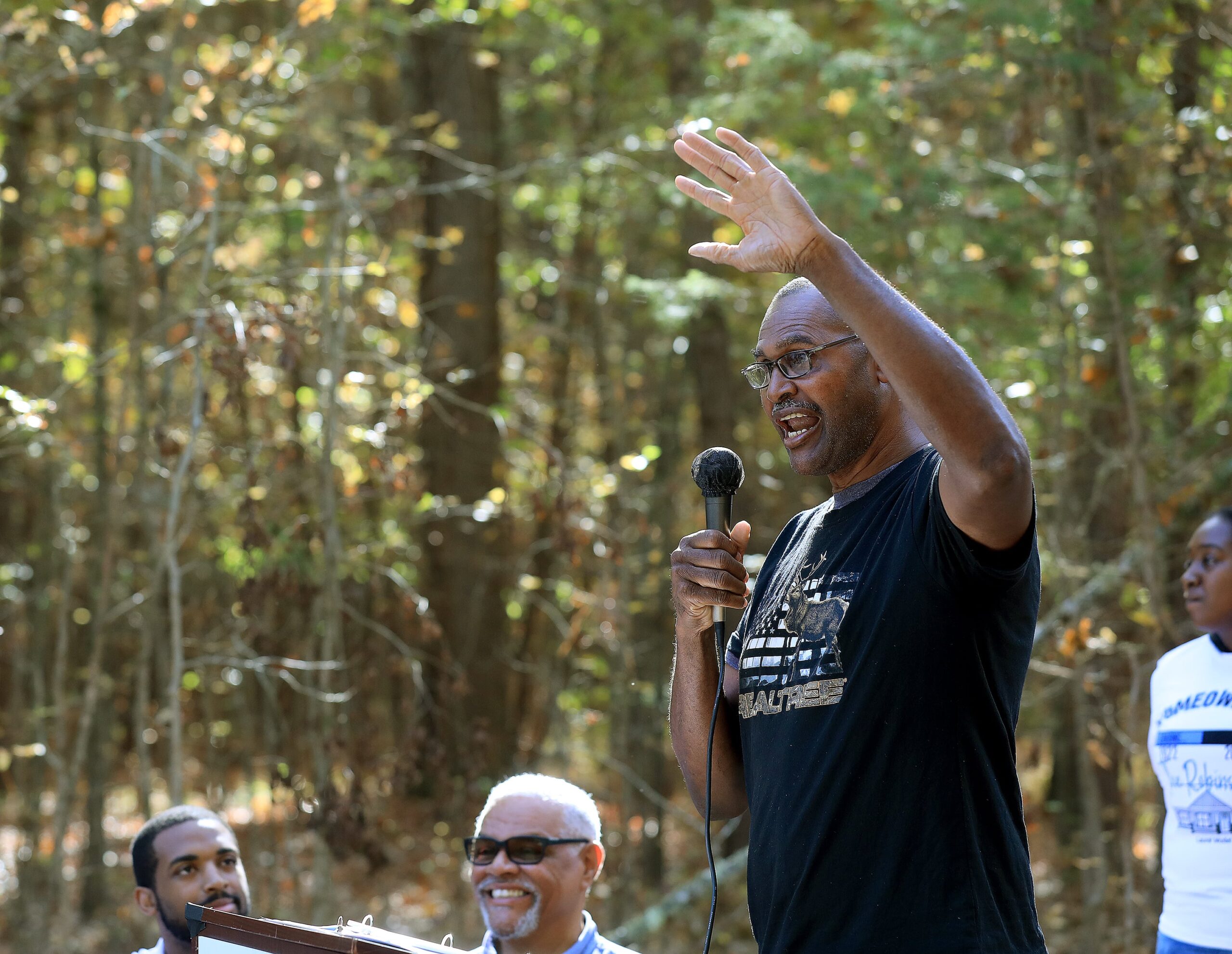 They live in a dilapidated, termite-infested home in Charles City, a house that belonged to his mother-in-law before she passed.

It’s a place that holds reminders of his wife, Tina, everywhere.

Tina’s six children were her world. She never missed a school meeting, attended all their doctors’ and dentists’ appointments and raised them in a Richmond church where Garcia is a deacon and minister for a re-entry transitional program for inmates.

“She was always there,” Garcia says softly.

Until the day she wasn’t. Breast cancer metastasized into brain cancer. Tina was just 47 when she died on March 11, 2020.

She left behind her mother, two sisters and a brother, and her six children: Marquis, Skyy, Daniel, Shivawn, Melody and Kristin.

“She was everything to us,” Garcia says. 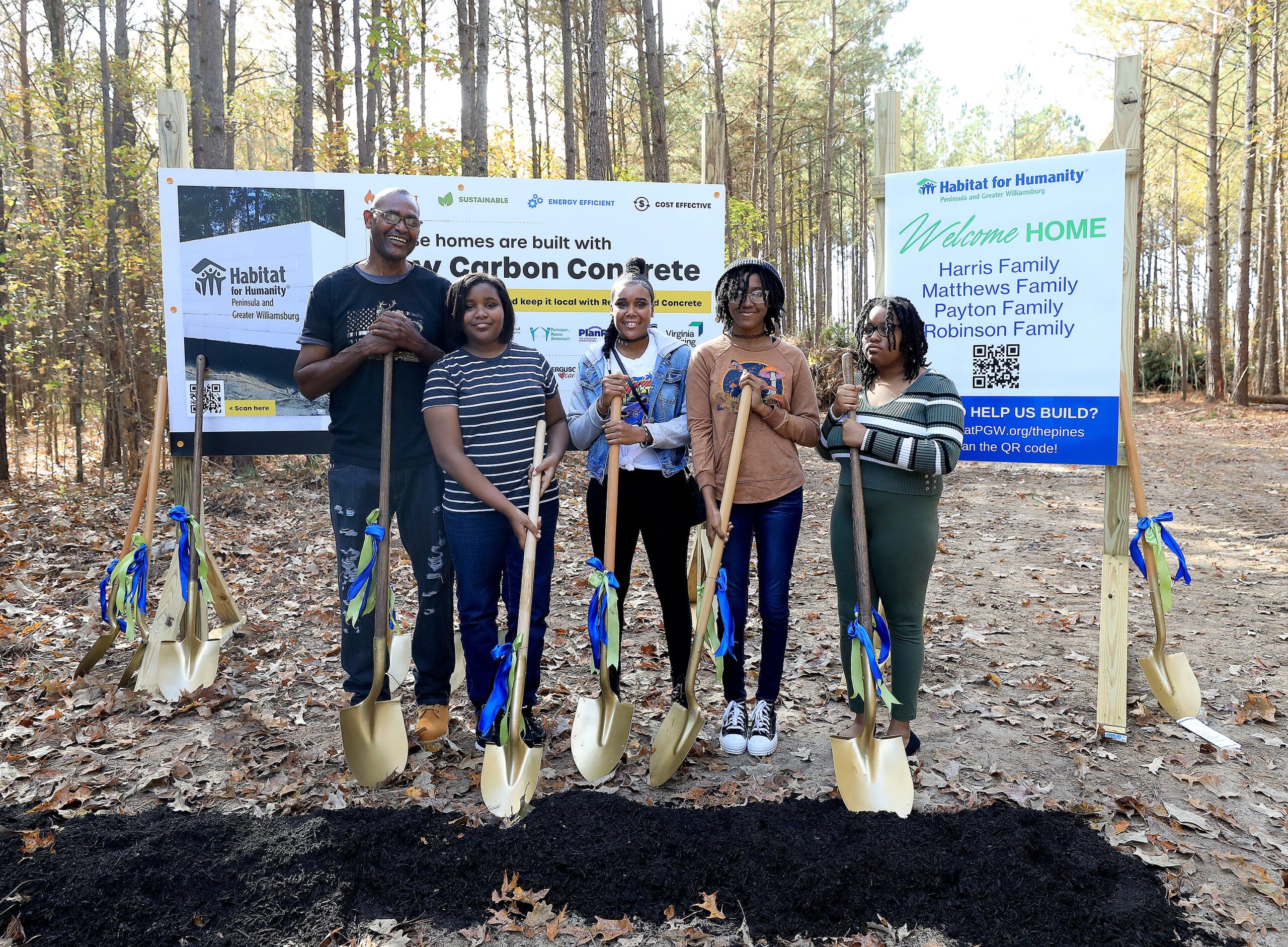 Finding an affordable home was daunting for the widow, who works full time for a tree service while also trying to fill the void left by their mother. Shivawn and Melody are teenagers; the youngest, Kristin, is 10. A new house had to be large enough for him and four of the children.

Checking with the Richmond Housing Authority, Garcia was told the family would be placed on a waiting list for three years. His sister suggested he apply to Habitat for Humanity Peninsula and Greater Williamsburg.

Through the nonprofit’s Homebuyer Program, qualified families can buy homes and pay back a zero-interest 20- to 30-year mortgage, funds that are cycled back into the community so more Habitat homes can be built.

Garcia applied, but his application was incomplete. He needed to supply additional documentation yet wasn’t able to meet the quick timeline. Two months later, he answered a call from Meka Stewart, Family Services Coordinator at Habitat. She urged him to supply the needed paperwork.

“She didn’t let us fall through the cracks,” Garcia says.

Invited to the Charles City Courthouse earlier this fall, Garcia was unsure of what to expect until Habitat staff surprised him and three other families. 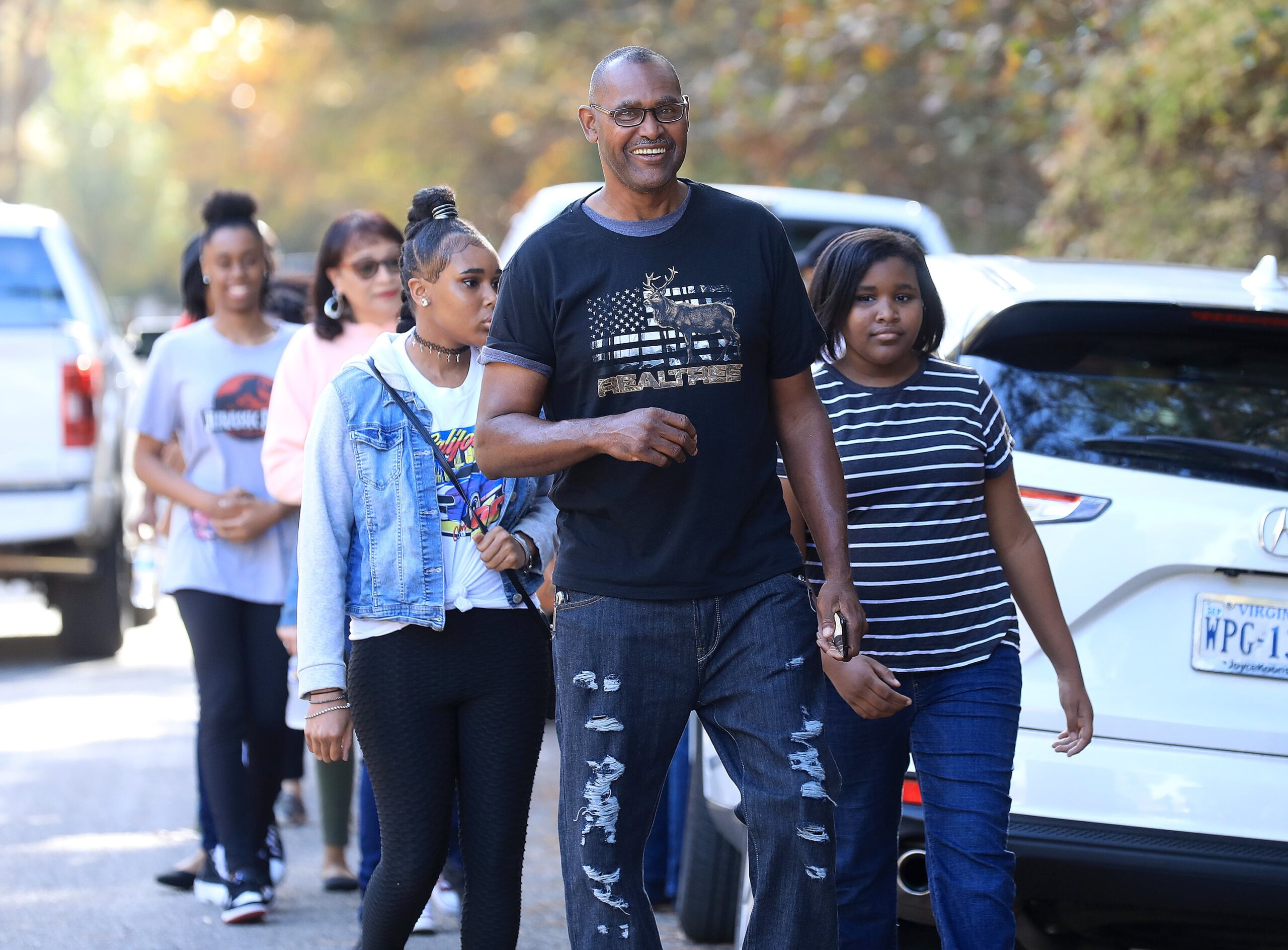 All four families had qualified to buy a home and were surprised with the news they had been selected to purchase homes in Charles City. Four homes are starting soon in the County, the first time Habitat for Humanity Peninsula and Greater Williamsburg has built there. All are expected to be complete by summer or fall of 2023.

“We were so excited” Garcia says. “It means a lot. Just for us to get out of that old house and get into a different neighborhood where we can start fresh. It gives us the chance to have new neighbors, the chance to share with new people and be connected to a community.”

All of the homes will be constructed using Insulating Concrete Forms or ICF, which represents another first for the local Habitat affiliate. ICF are molds used to hold freshly poured concrete in place during construction and those molds remain in place permanently to provide additional insulation for the concrete walls. The cost-efficient material is energy efficient and disaster resistant. 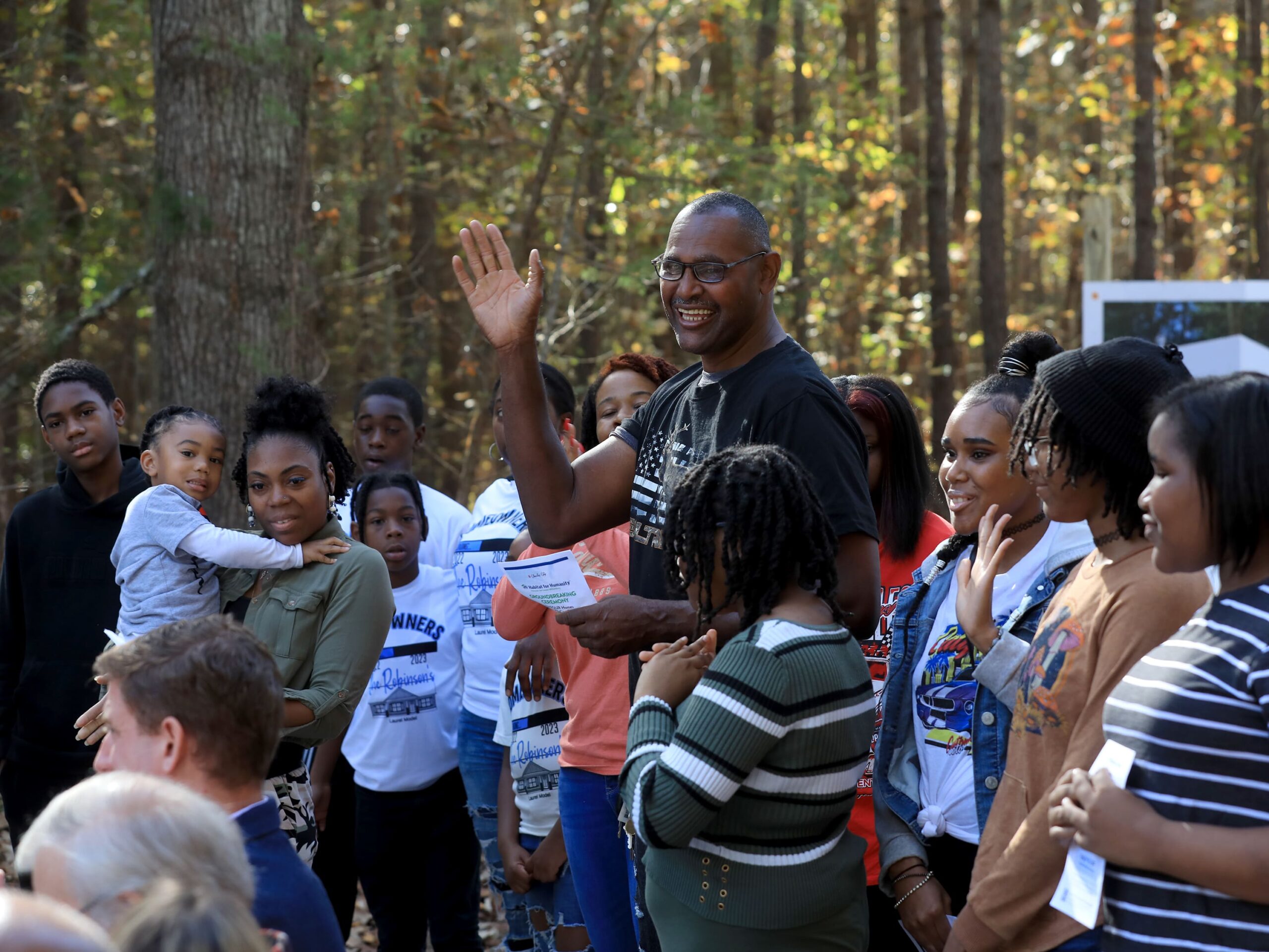 Garcia’s family’s new home will be the House That Small Business Built, a special build that brought together multiple small businesses and individuals to incrementally fund one Habitat house. It costs $125,000 to build a Habitat house, too steep a sum for most small businesses to fund entirely.

“Together we can do so much,” said Stephanie Heinatz, Founding Partner of Consociate Media, one of the businesses helping fund the home, alongside others like Alewerks, the Williamsburg Winery, Phillips Energy, Blink and Local Scoop Magazine. Dozens of others donated to an Epic Date Night Raffle Basket. 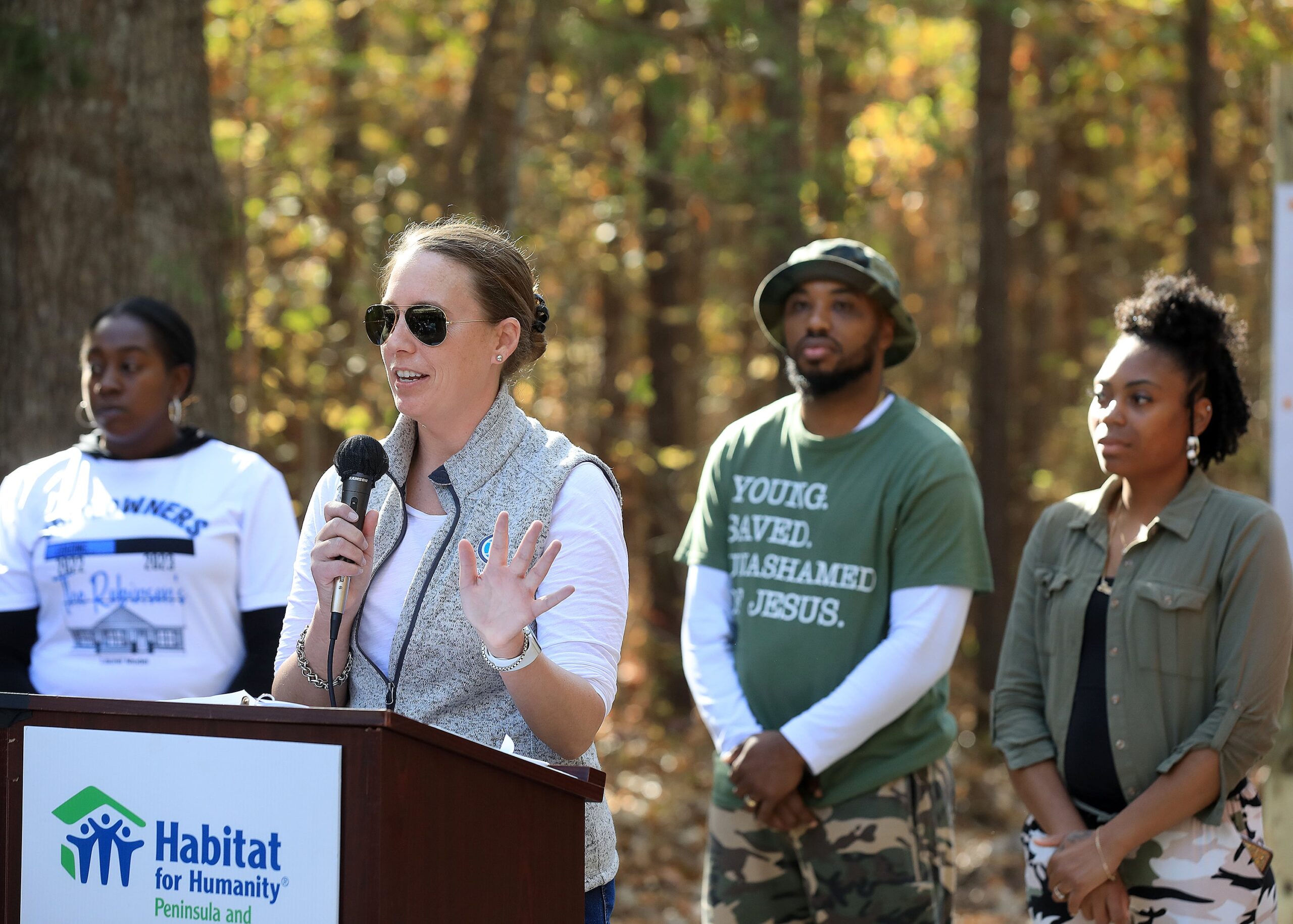 Garcia’s gratitude is grounded in prayer. “When things happen, I turn to God, and he comes through,” he says.

He recently questioned God by asking, “Why? Why did you end Tina’s life?”

He heard a clear response in spirit. “This is not the end of Tina’s life. It is the beginning of her new life. She is where she is supposed to be.”

Until then, he will be a rock for the family Tina left behind. His days are full. In addition to his job, family and church responsibilities, Garcia and Skyy log volunteer time at the Williamsburg ReStore, working toward amassing the 300 sweat equity hours required to buy a Habitat home.

The three-bedroom, two-bath house will be filled with paintings and drawings, all created by a family of artists.

Garcia looks forward to grilling in their backyard. Next year, “Thanksgiving will be in our home,” he says.

“My kids are my babies. This house, this home means everything.”