What I’ve Learned Along the Way – Gratitude is Hard 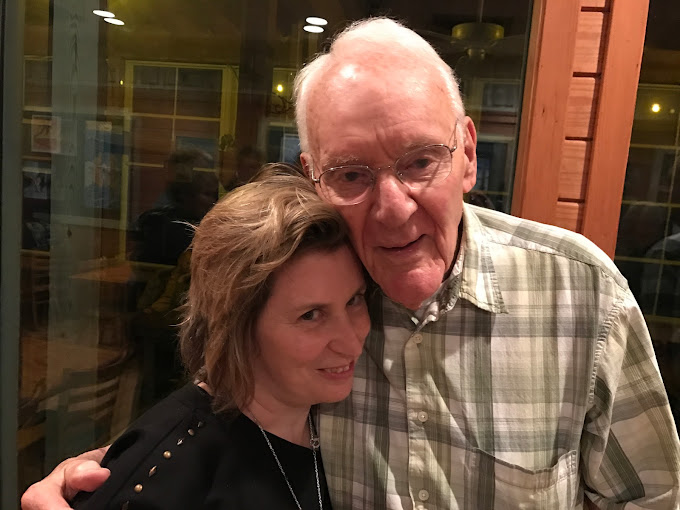 Being honest here. Gratitude is hard.

Sure, being grateful comes easy sitting around the Thanksgiving table with family and friends, a homecooked meal waiting. In a blink the food’s gone, and our feeds are filled with Black Friday tempts and Cyber Monday deals. Then onto the Christmas frenzy of trying to find the perfect gift yet again.

I think of lather, wash, repeat in reflecting on so much of what fills day-to-day life — emails, scurrying from one task to the next, grab-and-go food and just plain stuff. I try to mean my “Thank yous” when I say them, but truly celebrating gratitude beyond life’s special days means finding it during the ordinary ones.

While a colorful sunset or an eye-catching glimpse of the water can be helpful reminders, when I think about what I’m really grateful for, it comes back to people. Finding the balance between appreciating the moment but not spoiling it by realizing you almost certainly won’t have it forever tends to trip me up.

That’s why getting it right is so rewarding.

For something like 20 years, I played mixed doubles with an older guy — the word “elderly” never seemed to describe Jack even though we were partners until he was 91 years old. We were part of a Newport News tennis league that met weekly at 7 p.m., and I cringe when I remember that often, I wasn’t enthused to high tail it to the courts after a full day’s work. Usually taking a nap sounded more inviting. Getting back in the car after a commute — no remote work back then — felt like a chore at times.

Yet I always went. And I was always glad I did. Jack beat me there every time, as did our opponents. I could make out his body language as I’d pull into the lot. He’d cheerfully call to me the moment he spotted my car. “Now I’m ready! There’s my partner.”

For two hours, we had an absolute blast. The energy I thought was drained from me resurfaced, even during those humid July nights when I was sweating before hitting the first ball. Whenever I told anyone my partner’s age, I think they envisioned us gently patting the ball back and forth. We never did that. Jack had a wicked slice serve and an even more deceiving slice forehand. He had good touch at the net and detested anyone lobbing him, but that’s what I was for. I had a great motor for reaching the balls behind him. We were unorthodox on the court but effective, having played years together. We didn’t play just for fun. Even though we talked between every point and didn’t take ourselves too seriously, we were super competitive every time out.

Those rare times when Jack would double fault, he’d insist, “I haven’t done that since 19…….”

We didn’t argue calls — that’s pretty standard in recreational tennis. But we’d turn our backs and mutter a few choice words about it.

When Jack was 85 or so, something in me recognized how special this relationship was. I knew I wouldn’t have it forever. Suddenly, those nights in Hilton Village on the clay court alongside Jack became my favorite ones of the week. I began to probe him with all sorts of questions. In between games, I’d ask about random things that he enjoyed sharing. I remember him telling me that while he was in the Navy during World War II, his platoon yearned for not just beer but cold beer and they put the unopened cans close to the river banks for that reason. Until the Japanese discovered them.

“They drank our beer!” he said.

We talked about his mom, his sons and grandkids, Duke basketball and the coach in him. Jack coached AAU basketball well into his 80s. His potato salad was famous, and he would often bring me a plate of oatmeal cookies he had made from the recipe on the back of the Quaker Oats box.

I never saw his age, but when Jack turned 90, it truly seemed remarkable to me that not only could he be mobile for two hours. He could move. His mind was sharp. His wit was quick. He’d insist I could benefit from a younger, more spry partner. We joked about the idea of my advertising for one in the newspaper.

If he missed an easy shot, our eyes would meet, and he’d say, “Don’t check the classifieds just yet.”

Jack died in 2017, four years ago today. I have his racket. More importantly, I have no regrets, only gratitude for my friendship with him that morphed into something I carry with me today.

In my high school yearbook, my senior year quote read, “Happiness isn’t something you experience. It’s something you remember.” I’ve led a lot of my life that way, especially in these years when the gap of the last time I saw my parents only widens. Jack taught me to appreciate, to savor, to cherish what I have when I still have it.

Jack taught me to think about gratitude in the moment, not after it’s lost. That’s not just a lesson for the holiday season. It’s a lesson for life.

Vicki L. Friedman writes for Consociate Media after a long career in sports writing, journalism and professional communications. She is a mom to two grown sons, Harry and Ben, and three Japanese chins.