Imagine What We Can Do Together 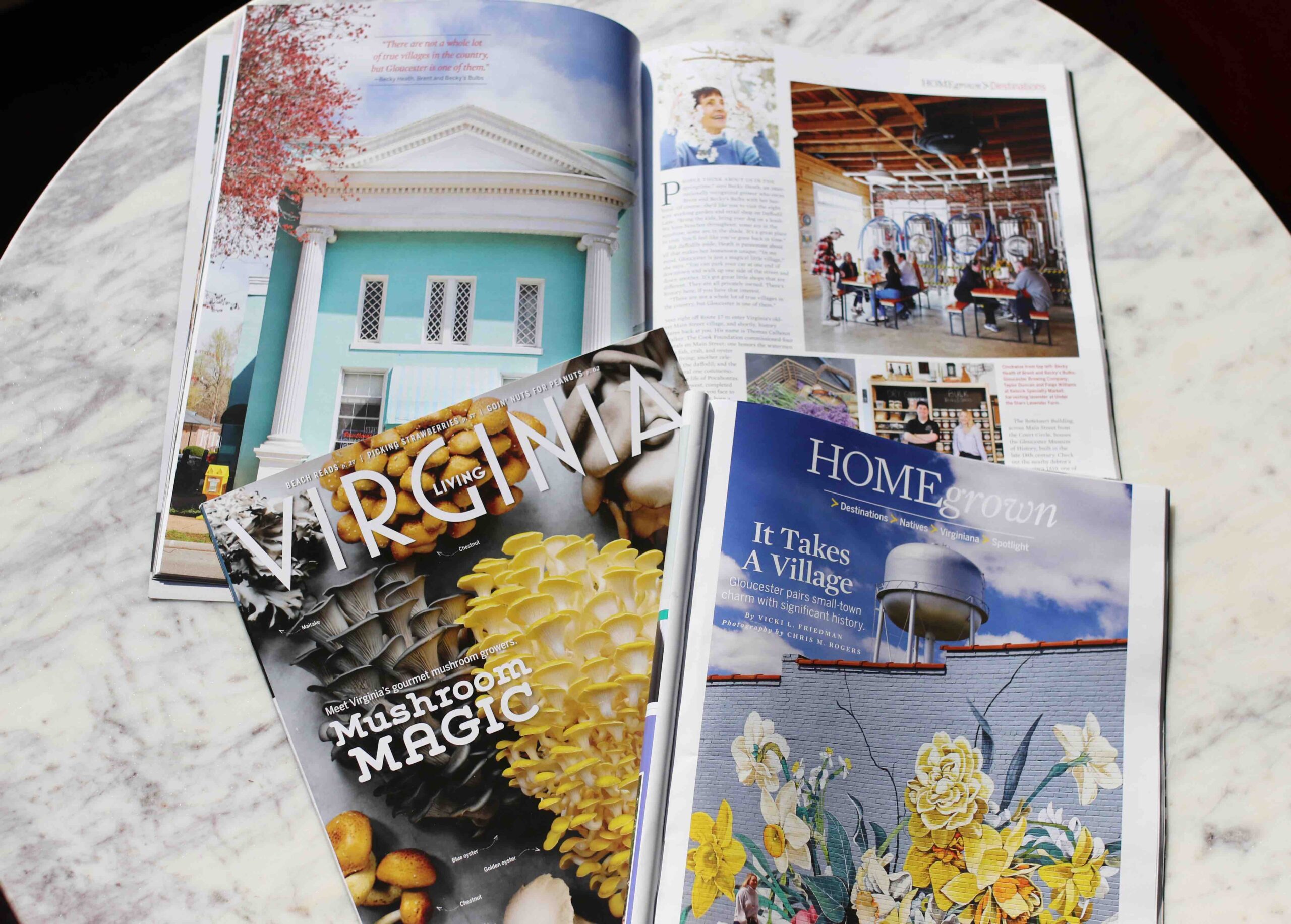 Most of us are fond of using the terms collaboration and partnerships as part of public relations efforts to promote a brand or business. These words or others like them might be part of your mission statement or core values along with a mention of the value of building relationships.

They’re buzz words, for sure. But we embrace them at Consociate Media because they mean something. Collaboration works. Partnerships work. Working together works.

Just take this one informal case study where collaborating and cultivating relationships contributed to something special.

Virginia Living Magazine featured Gloucester as a destination in a six-page spread in its June 2021 issue. Multiple longtime businesses, including The Inn at Warner Hall, Brent & Becky’s Bulbs and Nuttall’s, received mentions as did relatively new businesses like the Under the Stars Lavender Farm.

We’d like to think that these stories were uncovered thanks to the village in Gloucester, both physically and figuratively, that brought an unorthodox idea to fruition.

Building a glitzy new website and filling social feeds with engaging posts are tools many of us rely on regularly to amplify a brand, but there’s no better way to showcase a community and the businesses that are part of it then to get boots on the ground. Up close and personal leaves a lasting impression that even the best technology can’t replicate.

So, pandemic and all, Consociate Media got folks who wouldn’t generally be in Gloucester to come to the county for an informal media event. We followed social distancing guidelines in place, as this was last spring with the pandemic in its early days.

Back then, many people weren’t taking long car rides let alone traveling by plane. We wanted to show Virginians that Gloucester — full of history, offbeat shopping, amazing food and scenery that can take your breath away — was an easy drive from the Peninsula, Richmond and Virginia Beach. It is very much a place worth driving to see rather than driving by it to see something else.

We set aside two days for an informal media tour that included an overnight stay.

Innkeeper Theresa Stavens provided the rooms at The Inn at Warner Hall, letting our small pool of reporters and freelance writers experience the majestic bed-and-breakfast on the Severn River firsthand.

We put together an informal itinerary to show off Gloucester — everything from Abingdon Episcopal Church to Gloucester Village to Nuttall’s.  Main Street Preservation Trust Executive Director Jenny Crittenden agreed to pitch in meals.

We presented this as a relaxed, no-pressure event. Genuine. Authentic. Not salesy. It was about building, cultivating and fostering relationships. We let the conversation flow where it would.

Of course, this took some time and some money. Everybody invested a little instead of one entity investing a lot. But we asked for nothing and no promises were made. It just felt right.

Six months later, Gloucester became a feature story in Virginia Living Magazine, which highlighted some of the spots we visited and others we did not. The magazine’s stunning photography captured two of Gloucester’s most famous murals, fresh crab cakes and skewers from Olivia’s in the Village and the beautiful York River.

Virginia Living Magazine boasts a circulation of 600,000 — many readers, who, no doubt,  previously thought the only Gloucester worth visiting was in either Massachusetts or England.

Distinction Magazine profiled The Inn at Warner Hall, noting it as a place “where history surrounds you and the past whispers from the shadows.” Distinction circulates to more than 103,000, largely Hampton Roads readers who might consider Gloucester a worthwhile weekend getaway.

In a piece titled “Why not Gloucester?” The Local Scoop magazine explored places to dine, shop and stay. The magazine recently celebrated its 10th anniversary and circulates widely in Greater Williamsburg and the Northern Neck.

What great press for Gloucester. What a win for the entire community.

We could have told all the editors at these publications about how great Gloucester is. Instead, we showed them and that showed us that we’re stronger together.