This is Us: Meet Consociate Media’s Jillian Lawrence 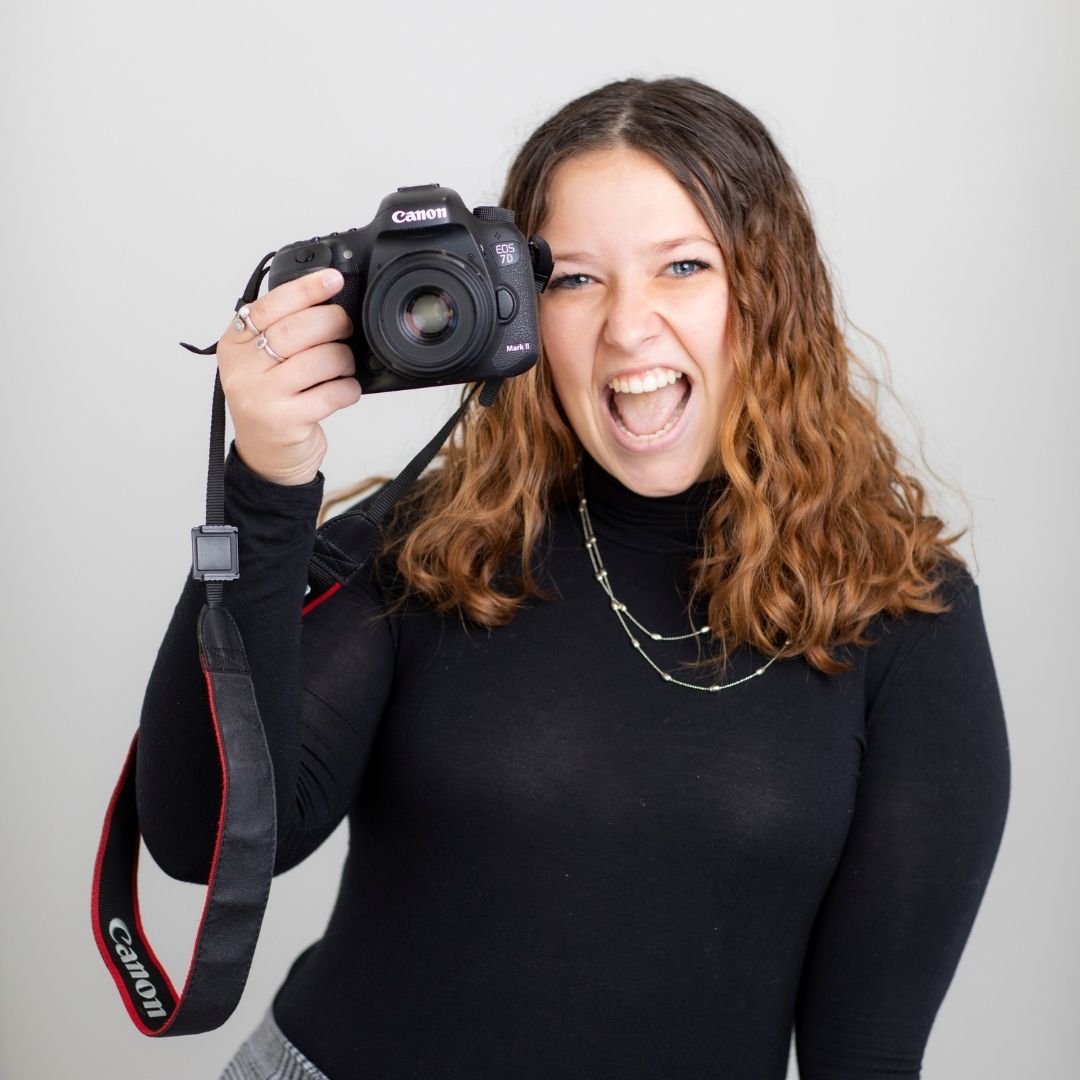 If you’re reading this, you probably know a little bit about the work we do at Consociate Media. We’d also like you to know a little about each one of us, too. Here’s another in a series on our team with a look at Jillian Lawrence, who’s probably taking your picture.

Jillian Lawrence is Instagram on steroids — a zoomer in love with capturing magic and moments that quench the appetite of her own social feeds and those at Consociate Media, too.

With a camera roll that’s in the five digits, storage matters when this 22-year-old needs a new phone.

“I would rather delete my text messages than my photos,” she says.

These days, Jillian is rarely without a camera in hand — the heavier kind than what’s on her iPhone — but for most of her life, she carried a stick. Jillian grew up living and breathing field hockey, starring on travel teams before playing at Gloucester High School, which won the school’s first-ever state championship in the sport her sophomore year. In college, she continued the sport at University of Mary Washington, a satisfying career with an inauspicious start with three seasons in the cage for the Division III Eagles. 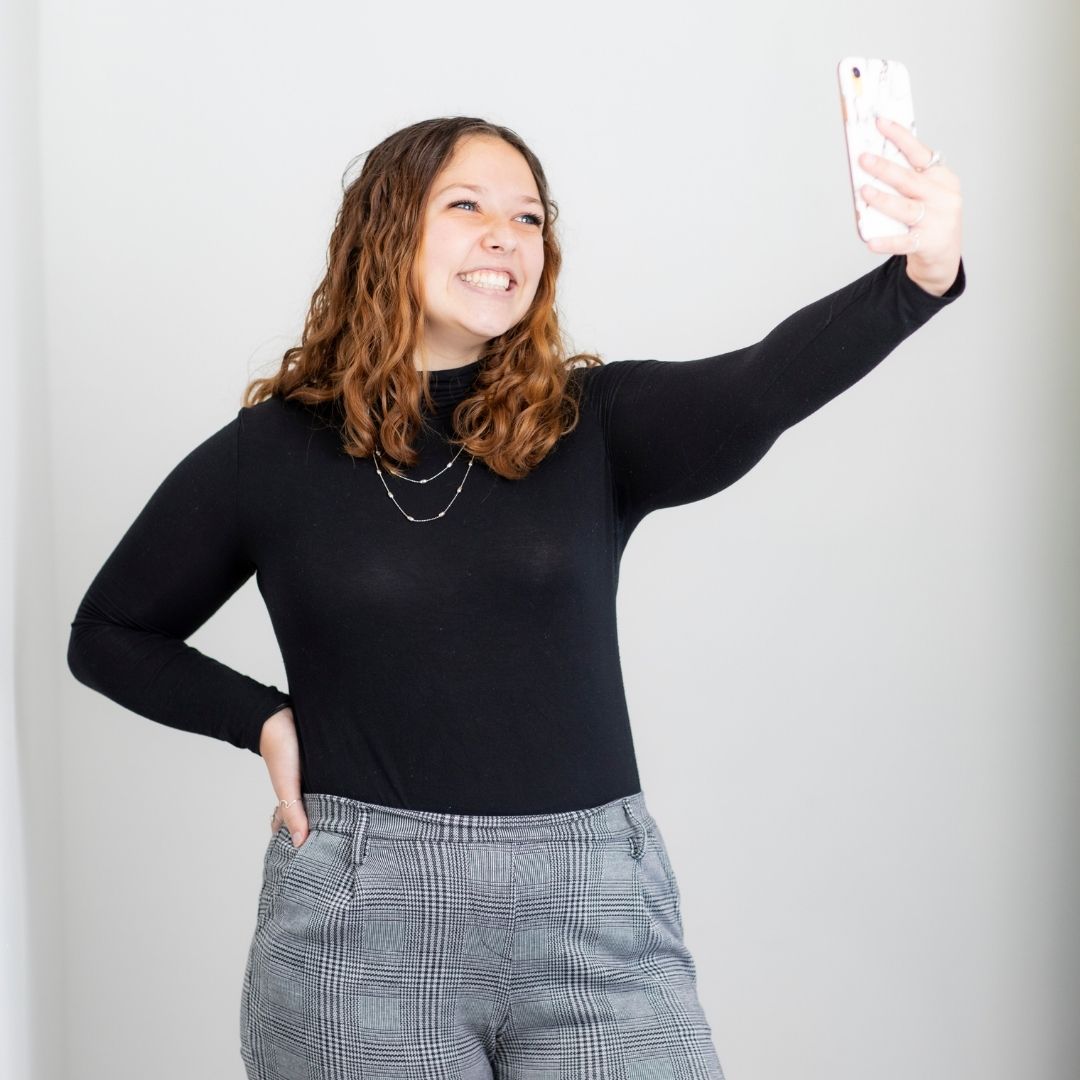 She loved it but had enough by senior year, weathering an internal battle before deciding to sit out, concluding, “Quitting was the best thing that ever happened to me. Instead of being on this schedule of practice, games, repeat, I got to do so many things during my final semester of school and I was able to have the college experience that I missed out on because of COVID.”

That’s how Jillian discovered photography. At 5 years old, she lined up her toys on a table for a shoot with a little kid’s camera; acquiring her first “big girl camera” in March 2020 widened her lens. Initially, she didn’t move past the automatic setting. The learning curve behind the aesthetics and visual effects along with the technical aspects of figuring out all the settings on a DSLR camera challenged her. Her roommates were patient subjects while she experimented, relying on Google as a teacher.

“My roommates came full circle with me because now I’m taking their senior photos,” she says.

Above all else, connection distinguishes Jillian’s photos — a concept she embraces after growing up with social media. Most of her besties, a core group of eight who loves a good “darty” and bonfire, haven’t strayed far. But posting fun and random content throughout the week bonds the friends beyond the chatter of their literally endless group chat. 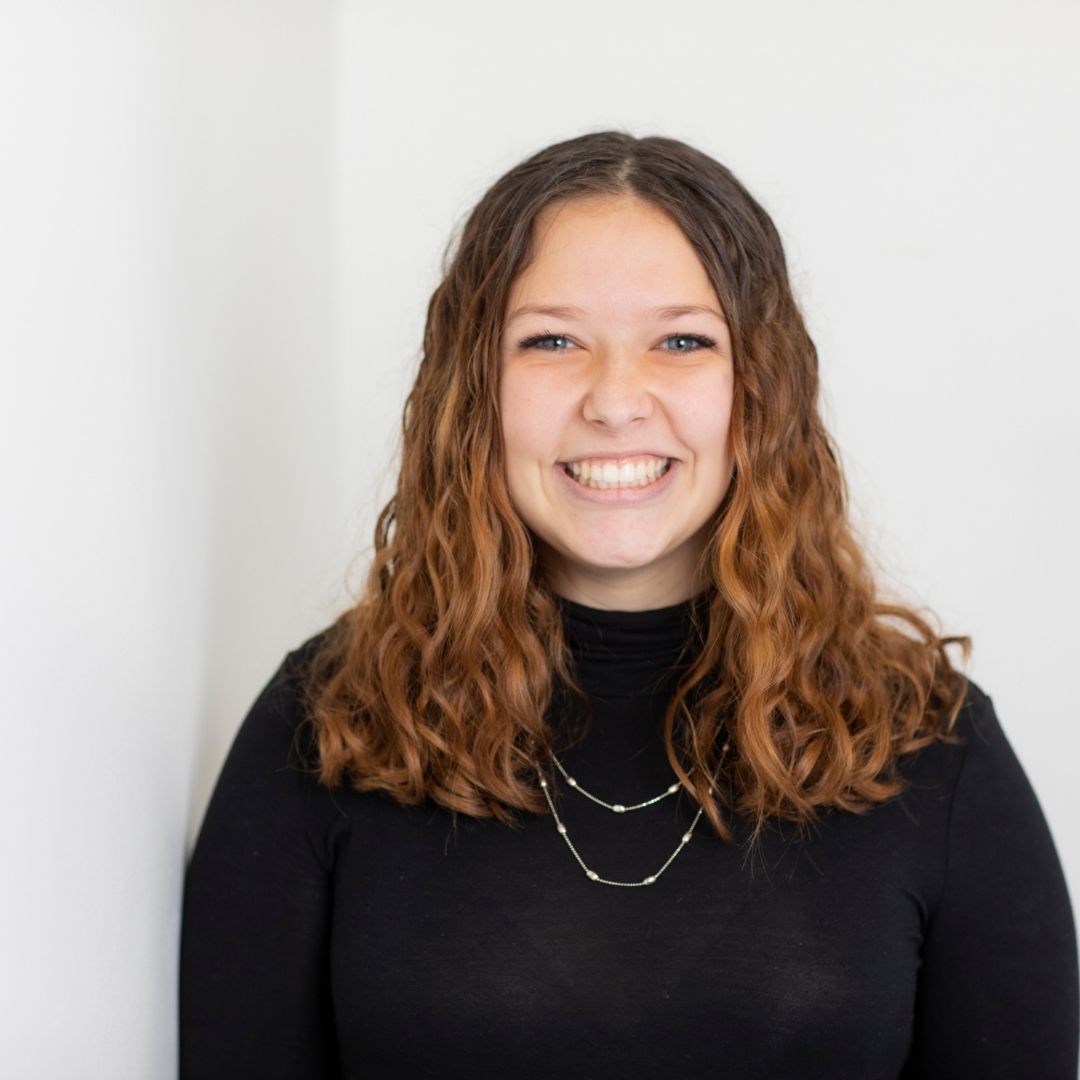 “I love documenting the best times of our lives,” says Jillian, who rattles off a string of social channels with active accounts minus LinkedIn.

Jillian hasn’t gotten around to that one yet because she knew prior to her senior year in college that a job at Consociate Media awaited. She showed her capabilities through internships at the Gloucester-based media, marketing and management firm.

“Jillian’s level of confidence and capability at 22 years old is special and allows her to do this job really well,” said Consociate founder and managing partner Stephanie Heinatz.

Jillian’s portfolio has expanded at Consociate, where’s she often at a Virginia winery or on board for a Habitat for Humanity Peninsula and Greater Williamsburg event. As a communications associate, Jillian blogs and helps with social media marketing, but her photo sense and responsibilities continue to expand.

“I love that she can help craft a complete story, from making a photo to crafting the words used alongside it,” Stephanie says. 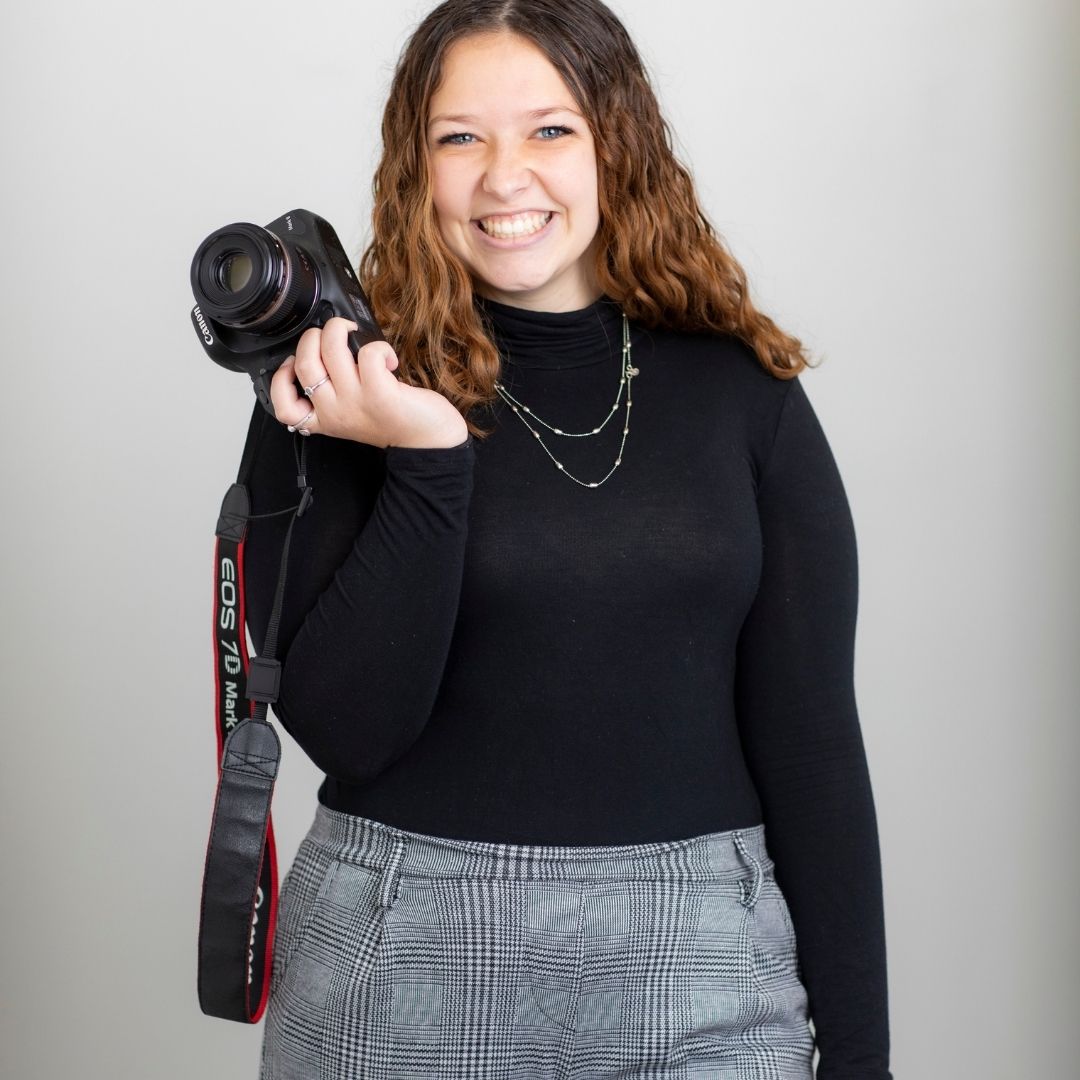 Jillian has come a long way since that initial summer when her first official Consociate task was to buy a coffee pot.

“It was a big deal because they drink a lot of coffee at that office,” Jillian says. She thought she picked a winner but cringed when hearing it brew for the first time.

“It was the loudest coffee pot…” Jillian says.

Some good-natured teasing later, it’s an office staple along with a quieter Keurig.

Jillian swears she’ll stay at Consociate forever, but truth be told, she lives so much in the moment that she doesn’t look too far ahead beyond plans to relocate to Richmond this summer and adopting a black Lab sooner rather than later. 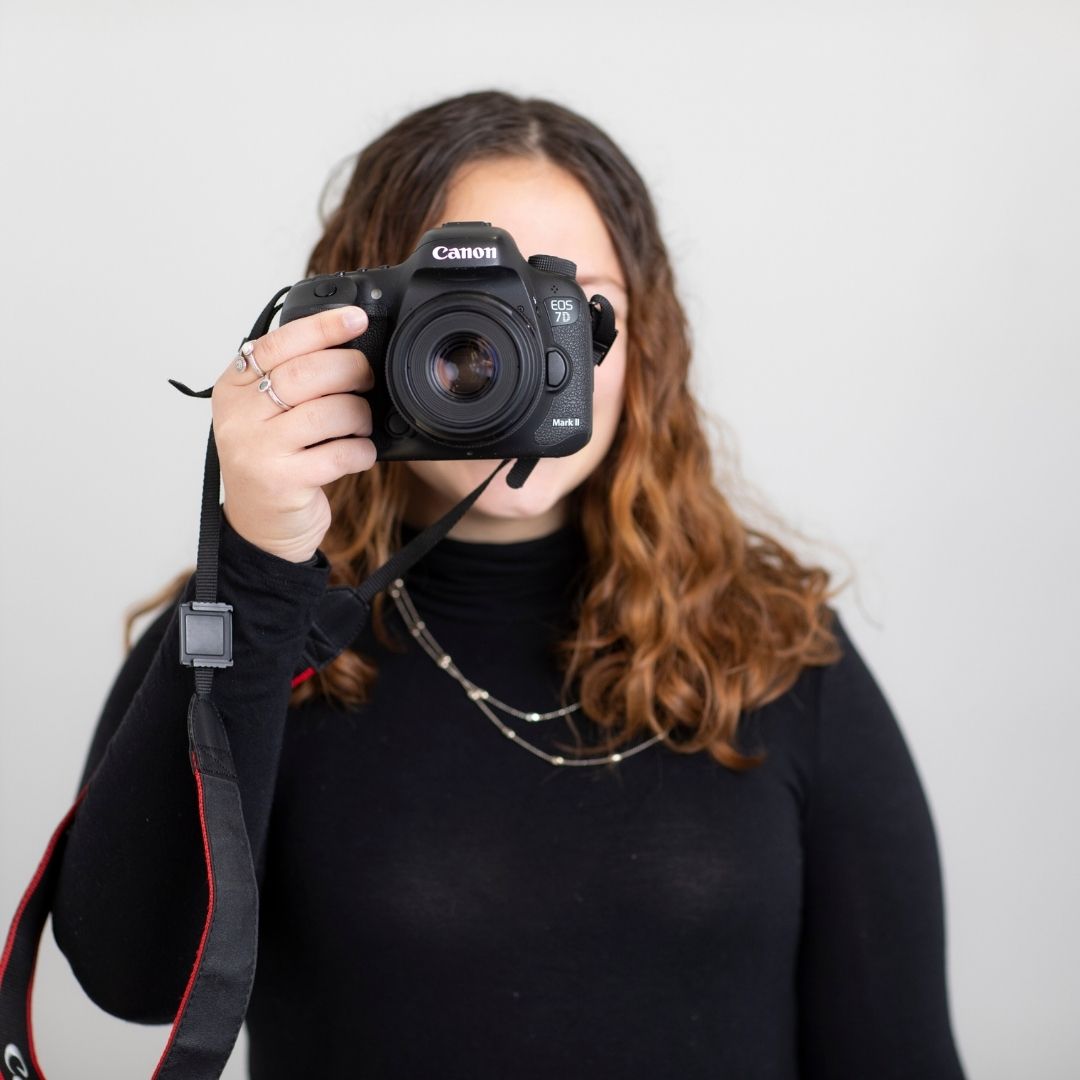 Because as much as she loves to capture the moment, Jillian prefers to live in it. In fact, the anticipation of a good time keeps her smiling as much as the time itself. Behind the wheel of her new Corolla, singing to her Wanderlust playlist that’s heavy on The Lumineers really does bring out happy tears. Jillian knows that sounds corny, but she’s unapologetic in adding, “I’m an optimist. How can you not be? I’m very, very thankful, very grateful, for everything I have.”