Why I Wage Hope in Memory of My Dad 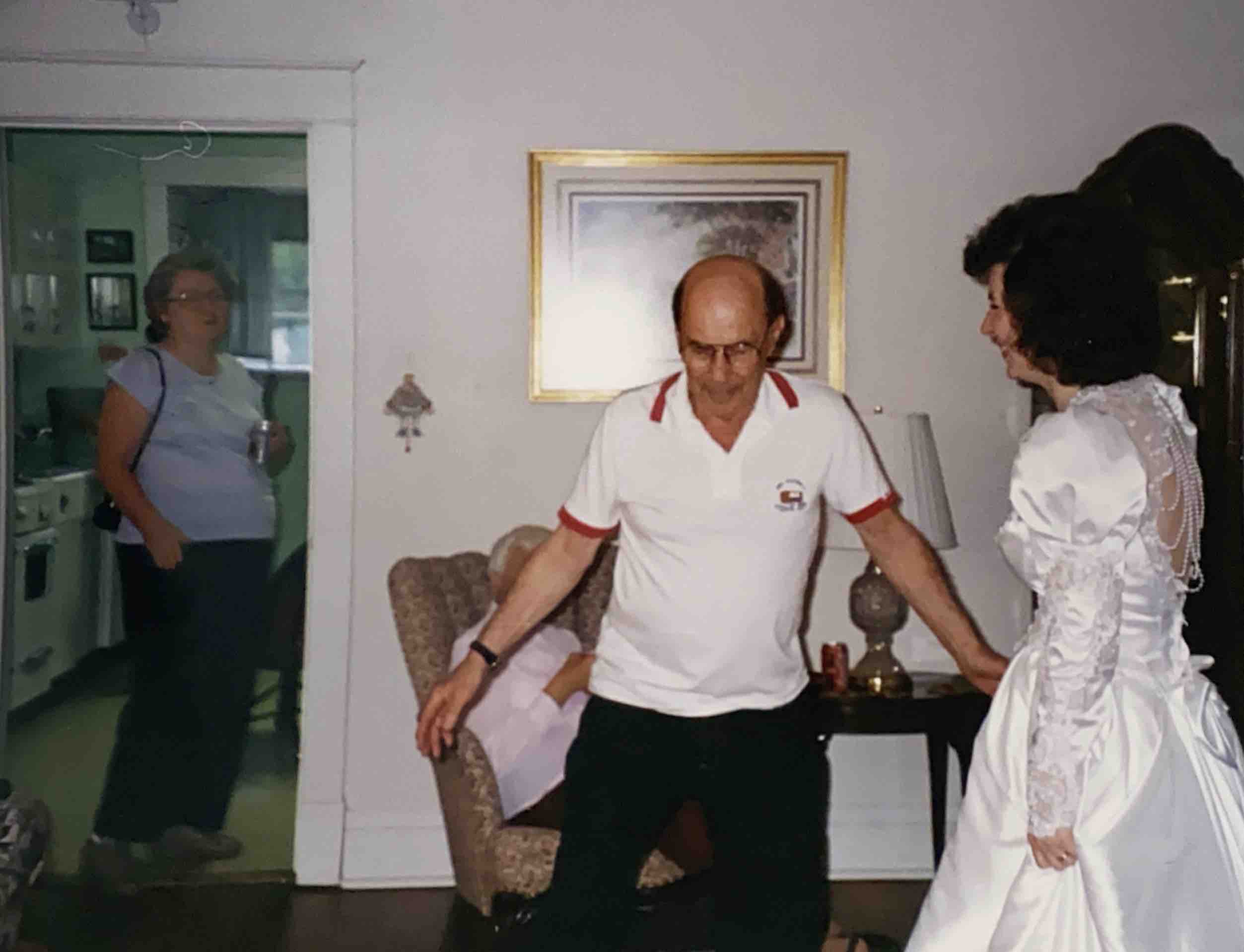 What Alex Trebak died of ranks third among cancer deaths in the United States with an overall five-year survival rate of 10%. My father, Harry Friedman, was among the 63% of patients who died within the first year of diagnosis.

We lost Dad 23 years ago. He was a Washingtonian who once lived in a house where the Department of Agriculture stands today. He was an undersized high school running back whose favorite subject was shorthand. He never graduated.  He started driving a cab on a Friday the 13th in August, planning to do it for two weeks. Fifty years later, he retired. He could easily navigate the streets of D.C. that perplex so many long before GPS was a thing. Slipping into an alleyway, he knew how to avoid a congested mess. Dad regularly hauled celebrities in the back seat — the lot included Billie Burke (Glinda, the good witch from “The Wizard of Oz,” four Cleveland Indians in town to play the Washington Senators, and former House speaker Tip O’Neill). One Capitol Hill socialite asked him to drive her across the street so she wouldn’t be seen staggering. Tony Bennett hailed him from the zoo once.

“I was going the other way,” he shrugged.

Dad worked nights and my mom, days, so he was the “room mother” in pre-school long before men did such things. He packed my lunch all through high school, delighting in finding those special desserts that were my favorites. Even when I got older, he’d leave a Snickers on my dresser. We did simple stuff — gin rummy games at night, feeding the ducks at the Reflecting Pool on a nice day. We sang songs while I washed the dishes and he dried; we had a mean rendition of “Anything Goes.” He yearned to be a song-and-dance man even into his 70s. If you ever saw the final scene of “Yankee Doodle Dandy,” when Cagney dances down the stairs of the White House — my dad reenacted that constantly.

My father-daughter wedding dance was anything but sappy. He jiggled to Sinatra’s “Yes, Sir That’s my Baby.”

I couldn’t wait to tell my parents I was pregnant in November 1996. They visited two weeks later for Thanksgiving, but Dad wasn’t well. He was almost never sick. He slept through dinner. His skin was jaundice.

Tests confirmed pancreatic cancer. He spent the holidays in the hospital. I watched him cry for only the second time on Christmas Eve. He felt so bad that he was incapable of eating even a spoonful of food.

“You have a tumor and it’s malignant,” the doctor announced in his room.

“I guess that’s how the ballgame ends,” Dad’s words trailed off.

The doctor droned about procedures and hope and maybe two years. But radiation accomplished nothing. A surgery revealed the tumor, cemented to a vital organ. They sewed Dad back up, unable to remove any part of it.

There is one photograph of me pregnant, taken in April, when I went to Washington for a wedding. I couldn’t document that time. Dad was dying. I knew he wouldn’t live to see my baby. We almost never talked of it. His sister sent a card, urging him to “Hold on to see his coming grandchild,” but it wasn’t like that. Dad had nothing to hold on to. Every day he was sick, miserable and this awful word — sad. I hadn’t seen my father sad ever in my life.

They told us near the end of June that he had two weeks left. He entered hospice. My mother’s words on the other end of the phone at 8:30 p.m. on July 3 told me the news. “Daddy died.”

I never told Dad I was going to name the baby Harry. There wasn’t a decision because, somehow, I always knew the baby would be Harry. Harry William Holtzclaw, born 11 days after my father died and named for his two grandfathers, not the two princes of Wales as many sometimes think.

It wasn’t until his 9-pound, 5-ounce grandson grew into a teenager that I became involved in the Pancreatic Cancer Action Network or PanCAN. My son needed volunteer hours for the National Honor Society. I searched for something he could do in memory of his grandfather. I found the local affiliate of PanCAN, which also needed a volunteer media coordinator. I knew I had to put my hand up.

Eight years ago, the Tidewater PanCAN joined nearly 60 others nationwide for its first PurpleStride, an annual 5K that raises money for a cause sorely lacking it. We wear purple ribbons to shine awareness and to wage hope for research dollars to find some sort of early detection so that nobody’s father, mother, brother, sister, relative or friend endures what my father went through for the nine months before his death.

We’re virtual this year on April 17, and for the eighth straight year, my team, Friedclaws for Harry, is raising money in memory of the greatest man I’ve ever known.

Pancreatic cancer doesn’t have enough survivors to tell their stories; that’s the responsibility of those who are left behind. It’s my job until it isn’t. I recall a colleague asking me after the first PurpleStride if I was glad to be done with it.

My answer then is the same as now.

“Until they find a cure, I’m never done.”